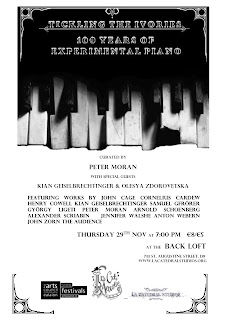 The Back Loft/La Cat Acoustic is delighted to present an evening of experimental piano music in collaboration with curator/composer Peter Moran, with special guests Kian Geiselbrechtinger on piano and vocalist Olesya Zdorovetska.

This concert spans one hundred years of musical innovators, including acoustic, electro-acoustic and audio-visual works from Arnold Schoenberg, Henry Cowell, John Cage, György Ligeti, John Zorn and Irish composer Jennifer Walshe. The latter part of the programme will feature a selection of Peter Moran’s recent piano music, including the first full performance of “The Dublin Miniatures” – a collection of piano miniatures composed in different parts of Dublin city earlier this year, and performed with video projections of the locations where they were written. 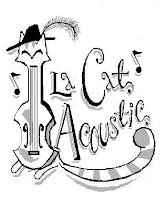 Posted by La Catedral Studios & The Back Loft at 10:06 AM 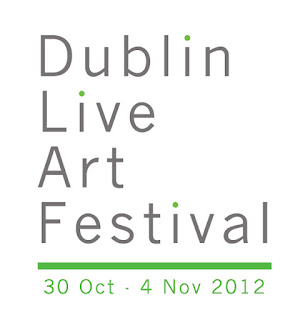 Doors will be open 30 minutes before the show!

Find programme details on this LINK.

Admission free to all the events!
The Dublin Live Art Festival (DLAF) will take place from the 30th October until the 4th of November 2012 and will bring together some of the most exciting live art makers and curators working in Ireland today.

Irish live art is thriving currently and we are producing some remarkable and thrilling work, both at home and abroad. From this wealth of live work has sprung a network of innovative curators producing regular performance art events and exhibitions being held throughout the country. DLAF will present a series of unique live art events highlighting the abundance and excellence of live art works being produced in Ireland as well as the superb quality of the curation and presentation of these works.

Dublin Live Art Festival will assemble some of the most exciting live artists practising in Ireland today alongside special guest performance artists from overseas, in a series of events hosted by eminent live art curators and organisations including; LIVESTOCK, Performance Art Network, Performance Art Live (P.A. Live), Unit 1 in addition to other live artists.


For a sneak preview of what DLAF is brewing for next week at The back Loft (pls note change of venue), check out This link

DLAF is supported by Dublin City Council and The Back Loft


Posted by La Catedral Studios & The Back Loft at 2:50 PM

Email ThisBlogThis!Share to TwitterShare to FacebookShare to Pinterest
Labels: DALF 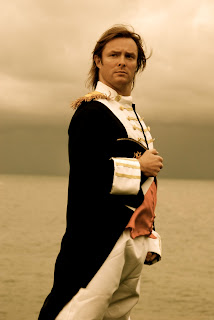 At the back Loft on Saturday 1st December, doors open at 7pm, show starts 8pm sharp.
Admission 10E at the door.


"NOTABLE"
A play written and performed by Andrew Keane,
Original idea and direction by Hernán Catvin,
Based on "The Theme of the Hero and the Traitor" by Jorge Luis Borges.

1944 , A man.  A lifeboat.   An assassination.  A terrible accident, apparently...
Abandoned on the high seas, alone,  with a truth untold.

Notable is a theatrical representation of the fusion of the real and the unreal; of the magical and the natural, of the world of the imagination and that of reality.  This original play crosses vast landscapes; whether of the country from which the hero (or traitor!) comes from (Argentina), or the oceans he travels, or indeed the immense and uncharted canyons of the imagination.  It is a searing examination of identity, both real and imagined.  It is a search for belonging.  A questioning of ideas – of those great frameworks which we all grow up with and find at once so incomprehensible and infuriating.  It is a history not only of one man’s struggle to understand the world in which he lives in but also of the history in which we find ourselves and the connection with other generations and their impact on history, and, whether or not that history is fact or fiction.  A questioning not only of the times we live in but also of the times we think we live in, in fact of the perennial human condition.

The story begins quite simply – a man finds himself in a lifeboat after a terrible accident but it soon becomes clear that it is not accidental and his own story begins to take on an inherent meaning in the situation he finds himself in.  Then his life starts to play out against the chaos in which he lingers...

He tells a story of love and consuming passion and loyalties and how he has had to deal with all of these in his own way.  He tells of his own sense of discovery and revelation about the world, and his world, which itself was predated and forged by others.  He feels like a man emerging from a cave to see the sunlight for the very first time, as in Plato's allegory of the cave.
It is a tale that may or may not be told by him.  It is in this paradox that the issues unfold dramatically. 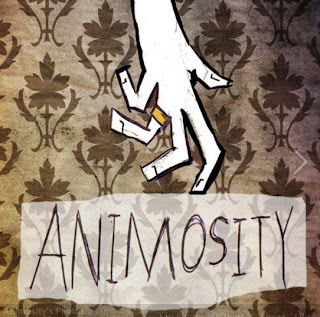 'Animosity’ is a comedy about murder in the country and animals who have secrets.
‘Animosity’ is a play of two halves. The first half is a satirical look at a bored upper class married couple, William and Charlotte whose weekend in a country manor is ruined by the inconvenient appearance of two murdered guests.  They suspect each other of committing the grisly crime and the Inspector suspects both of them. It is cheerfully dark farce recalling the likes of the famed mystery writer, Noel Coward and comic genius, Agatha Christie.

From high society to the deep forest, the second half concerns Bear and Wolf, two animals in the wood searching for food and depending on each other for survival. However, one has a secret the other must never know. A sometimes lighthearted, sometimes moving study on friendship, nature and talking animals.

Staged in an innovative and exciting style incorporating projection and video, ‘Animosity’ is a comedy for our difficult times. It is a reminder that the past wasn’t that great and the future is not so bad. It has everything one would want in a night at the theatre: Murder! Laughs! Bears in Pants!

Posted by La Catedral Studios & The Back Loft at 12:44 PM 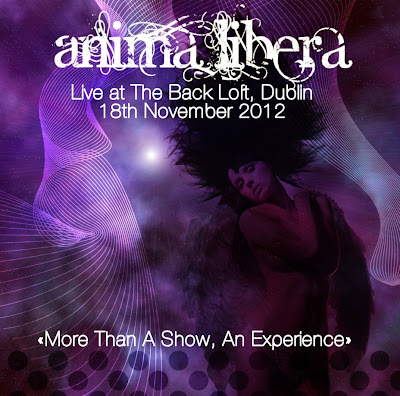 "A show created with the brainwaves of the audience!"

ANiMA LiBERA is a music and video art initiative by a group of multi-media artists, which merges the exploration of human consciousness with the use of sophisticated technology. During the show the band will use a live "Interactive Brain Activity Visualizer" with selected members of the audience who will be interacting with the band's music and visuals.
On this occasion, Lady Windermere's Coffe Fun is back by public demand in conjunction with La Cat Explore & Anima Libera's show...Lady W. has been especially invited to open this SOULFUL project with a "Grand Tea Salon" AT 4PM SHARP!...

Expect eclectic decor, bohemian atmosphere, warm welcoming smiles and an array of delightful hot drinks and scented teas...Yes, it promises to be one of those unforgettable nights...a one off unrepeatable mix of atmosphere and a "Je ne sais quoi"...a.k.a the one NOT to be missed...

This project features the participation of:

Anima Libera & lady Windermere's Coffe Fun have been invited by the Back Loft to create a collaborative project in the framework of "La Cat Explore", the explorative strand of La Cat Salons, the la Catedral Studios in-house produced programme, which is funded by the Arts Council Small festival Scheme 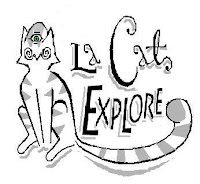 Posted by La Catedral Studios & The Back Loft at 11:21 AM 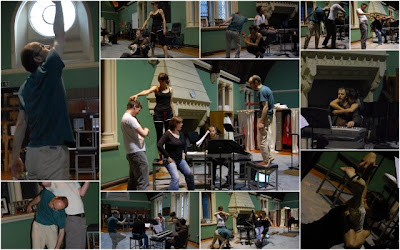 TheOpenRehearsals are a group of professionally trained classical musicians/theatre artists who have come together to explore the possibilities of improvised music theatre. The music, which is
improvised anew in each performance out of a pool of material provided beforehand, creates an environment which the actors feed off, creating dramas of gesture and action. The actors and musicians are also given a pool of theatrical material to improvise around for ach piece. The improvised nature of our work lends to each piece an uncanny sense of focus and unpredictability.

This combination of music and theatre in one entity is more reminiscent of traditional artforms from around the world than of Western theatre: using physical theatre, masks, and random text what we do is pitched on the boundaries between abstract music, text art and theatre.

Posted by La Catedral Studios & The Back Loft at 11:11 AM 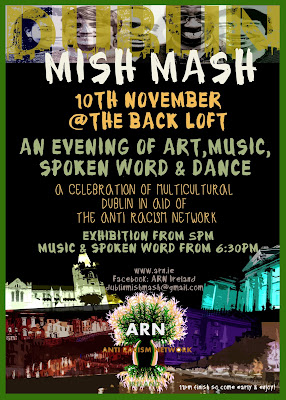 Saturday 10th
5pm - Exhibition Opening, 6:30pm - 10:30pm Music and Spoken word
The art exhibition will also open on Sunday 11th 1-6pm
Following last years success, The Anti Racism Network will be holding another one day event in the Back Loft. This event is a celebration of Multicultural Dublin and will open with an exhibition of works by artists from all around the globe. Following the exhibition will be an array of performances; music, dance and spoken word.
This is a collabroative initative between The Anti Racism Network, The Back Loft & Artists and Musicians living in Dublin. It promises to be a great night!
www.arn.ie
Facebook: ARN Ireland
dublinmishmash@gmail.com 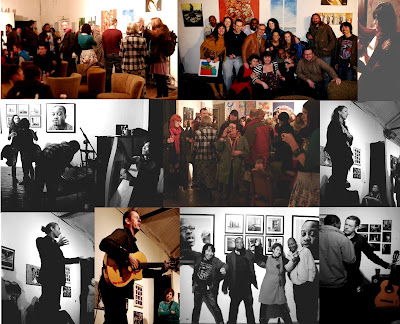 Posted by La Catedral Studios & The Back Loft at 8:25 AM