Posted by La Catedral Studios & The Back Loft at 2:50 PM 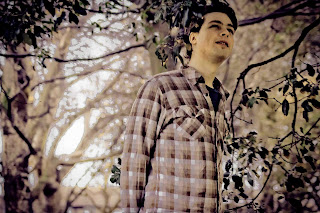 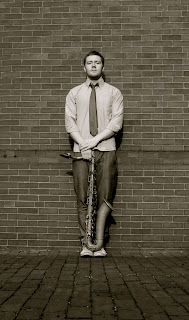 Join Leafzang and the Matthew Halpin group for a special gig in The Back Loft (BYOB) with accompanying art and photography from Kathrina Rupit and Nina 'Core' Franco. There will be CDs and art for sale, great jazz and some tasty bites and wine available also.

The Matthew Halpin group is made up of brilliant young international musicians who excel in both traditional and contemporary jazz. In Matthew's own words;

'The group features Christian Li (piano), Mike Bono (guitar), Jared Henderson (bass) and Roberto Giaquinto (drums). Each of these musicians are stand out players in their own right, most of them studying on full scholarship at Berklee College of Music.

I'm currently composing a set of music specific to this group that I think will show off the highly interactive capabilities and the incredible soloing skills each musician has. The style of music that I'm writing is a result of the music that I've been playing and studying in the past three years, taking influence from jazz standards and the original music we have worked on together. What I am trying to make most prominent in the music is the enjoyment and humor that we find in playing together and which has always come naturally to us, while being true to the intensity and emotional depth of the music which we all love.'

Nina Franco is a photographer from Rio de Janeiro who specialises in dark and provocative images:
https://www.facebook.com/pages/Nina-Franco-Photography/149723218480873
http://ninafrancophoto.tumblr.com/

Posted by La Catedral Studios & The Back Loft at 7:42 AM 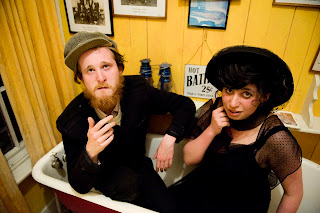 A group of guests arrive for a weekend in a country house, built to resemble a ship. It is occupied by a siren-like woman, her peacock husband, and presided over by a crazy old sea captain. They soon learn that there is something in the atmosphere of this curious house that drives people to act in unpredictable ways, and under its topsy-turvy influence more than one of them will experience heartbreak.

Spoonlight Theatre Company is a brand-new unfunded theatre collective, based in Dublin, and founded by recent graduates.

Heartbreak House is the first production of this exciting new company, We hope to offer audiences a rare chance to experience the topsy-turvy, intriguing world of Heartbreak House.

Spoonlight Theatre was founded by three recent graduates, Ronan Murphy, Sam Coll, and Liza Cox, who met in Trinity College, and came together to form the theatre company, over a shared love of and wish to create engaged and engaging theatre.
Liza Cox is the show's director and has varied experience in amateur theatre, in various capacities, including directing an adaptation of Flann O'Brien's The Third Policeman in December 2011.
Sam Coll has acted in a diverse range of professional and amateur film and television productions, from the Gaiety to Bollywood film, and will play the eccentric and fascinating Captain Shotover.
Ronan Murphy is a professional musician and also has a wide ride range of theatrical experience, including developing and staging a play based on Joyce's Finnegans Wake.
Husni Hafid the show's producer is a film student with a passionate love of theatre, and a broad range of experience in production

Posted by La Catedral Studios & The Back Loft at 7:52 AM 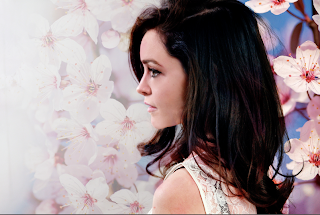 Dublin-based Slow Skies release an debut EP "Silhouettes" on June 16th with a very special launch gig in The Back Loft, Dublin with live visuals from April Keane.

Slow Skies is the musical project of Karen Sheridan; who following the release of her debut EP with “much buzzed about trio” Kasette at the end of 2010 moved to London to concentrate on her song writing and music. A chance encounter with producer and multi-instrumentalist Conal Herron led the duo to perform loads of gigs throughout London including a lauded support slot with electronic music duo LAMB at Somerset House in July 2011.

The pair have since returned to Ireland and recorded Slow Skies’ debut EP "Silhouettes" together in the winter of 2011/12 in an array of sitting rooms in Dublin, Donegal and Wexford. A special blend of folk melodies with strings, harmonium, kitchen cabinet percussion and soft guitars; Slow Skies weighs somewhere between folk and pop music. With a collective-style approach Karen plans to play her gigs with different friends in different cities over the summer and winter months of 2012.

"Silhouettes" will be released under Sleeping Giants Records an independent label established by Karen, Conal and a group of friends. SlowSkies play Body and Soul Festival in June, Oh My Garden event in Brussels on June 29th and 10 Days in Dublin festival in July with many more dates in Dublin, London and Brussels soon to be announced over the coming weeks.

The track Walk Me Home (attached) will be available for download from Friday 18th May on Slow Skies’ Bandcamp and Soundcloud pages.


slowskies.bandcamp.com
Posted by La Catedral Studios & The Back Loft at 12:10 PM