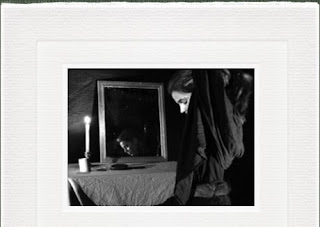 THE MYTH AND THE FLESH and DILATATION (by MEPHISTO COLLECTIVE)
@ THE BACK LOFT, Thur 25TH-Sat 27TH
Tickets €15 Limited capacity - RSVP essential. Email contact@nervousystem.net

The Myth and The Flesh:

Taking as inspiration the biblical figure of Mary Magdalene and the Myth created around her through religion, literature and paiting, the story of a woman and her memory has been revealed.

A woman weaving a trail that leads her through the many doors of her inescapable memory. As she fleshes out her myth to reveal other selves, she invokes and confronts a sensuous innocent, a woman in the still pain of adulthood and an ancient pilgrim, all bound by the touch of an impossible love for one that cannot be counted.


The Myth and The Flesh is a solo piece created as part of an ongoing solitary research process in which the artist tries to challenge and interrogate the role and the autonomy of the actor as an independent artist, by examining possibilities to transform her into a whole creator

DILATATION: by MEPHISTO COLLECTIVE
Posted by La Catedral Studios & The Back Loft at 8:09 AM