GAZING FROM GAZA is an exhibition of high quality prints by 30 artists from Gaza organised by the IMMIGRANT CAFE initiative.
The exhibition launch will be hosted on Friday 22nd August at 6pm and will be open to the public daily til 29th August.
All the prints will be sold at auction on 29th August and all the proceeds will go directly to the artists and their families.

On Tuesday 26th August at 7pm Dublin based musician Johnny Rayge and friends will join forces to support this unique initiative. The pop up musical bush will also feature storytelling and other marvelous wizardry, which will be streamed live to the Gazan artists participating in this exhibition.
All info: www.facebook/dylanlongman
immigrantcafedublin@gmail.com
Address: The Back Loft, c/o La Catedral Studios, 7/ 11 St. Augustine Street, D8
Posted by La Catedral Studios & The Back Loft at 7:05 AM

Email ThisBlogThis!Share to TwitterShare to FacebookShare to Pinterest
Labels: GAZING FROM GAZA

Posted by La Catedral Studios & The Back Loft at 11:37 AM

The Trinity Exhibition of Student and Staff Artwork 2013

Opening Reception - Tuesday the 3rd December at 7pm
Daily viewing Wednesday 4th (full day) & Thursday 5th (11am-6pm).
The Trinity Exhibition of Student and Staff Artwork is now in its fifth consecutive year. Hosted by the Visual Arts Society, the aim of this exhibition is to promote a more active engagement in the creative arts on campus and to display the artistic talents of the students and staff of the university to a diverse audience.
There will be the opportunity to meet some of the Trinity's wonderful artists, see their work for the first time...The event will be launched by a surprise guest speaker.
This year, after a careful selection process, we are once again bringing you the very best of the University's artists, representing a wide range of academic disciplines, in a variety of media. 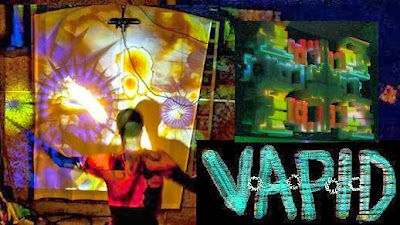 La Cat Explore invites you to V*A*P*I*D, a special Sunday salon of Video Artistic Photographic Imagery Displays; where the videos are anything but vapid!

The event is absolutely free, so drop in after your shopping, tune in and chill out for an alternative Christmas vibe - this Sunday 8th December from 4 - 9p.m. Featuring a fully stocked cafe with feasting, frolics and great raffle prizes.

La Cat Explore is part of the inhouse-curated programme of the Back Loft venue, 7-11 St. Augustine Street, Dublin 8, and is sponsored by the Arts Council Small Festivals Scheme.
Posted by La Catedral Studios & The Back Loft at 10:40 AM 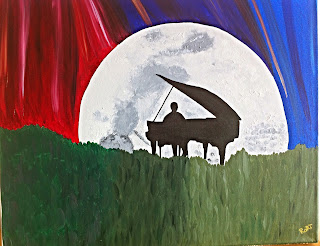 Roberta Rizzo is an Italian artist, based in Dublin. Her South of Italy roots are the main source and inspiration of her artwork. She paints in acrylics; painting is her way to dream, her contact to fantasy, her deep voice of soul.
“Dreaming a way” is her first solo exhibition in Dublin. Through her paintings she offers her personal vision of particular landscapes and feelings with the aim of sharing them with a wider audience.
"Dreaming a way" is an invite to dream with her, a celebration to the lightness of being and let go of reality for one instant.
“Dreaming a way” is made up of three themes: the first one concerns her native environment, in particular Puglia and Sicily which left a deep mark in her soul and experiences; the second one concerns her trip to Iceland and the most enchanting scenarios she had ever seen; the last one represents her personal emotional landscape about human beings and feelings, love and solitude, sadness, passion and life.
Preview: 11th December, 5.30-7.30 pm
Viewing, 12-13th December, 12-7.30 pm or by appointment: ph. 0873954015, robertarizzo03@libero.it

Posted by La Catedral Studios & The Back Loft at 1:28 PM

'Mad as Mist and Snow' 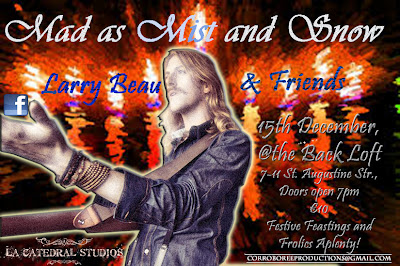 Sunday, 15th December, 7pm
Larry Beau leads a gathering of vagabonds and minstrels for ‘Mad as Mist and Snow’ an unconventional Christmas concert and celebration of all tides Yule at the Back Loft venue. Far from the marketing madness of tinsel-topped shopping sprees, let Beau lead you on a journey of festive feasting and frolics, storytelling songs and lyrical lore, amid live musical marvels and audiovisual awesomeness, mulled wine, royal chai tea and hot incredible edibles!
Larry Beau is a Galway born minstrel, composer and songwriter. He began as resident musician with San Francisco's Omnicircus, before developing his identity as a modern- day Irish Minstrel after twelve months’ story collecting in Dingle in 2002. Since then he has traveled with his show to New York, Hollywood, Edinburgh, Florence and Berlin's traveling vintage tavern -Spiegeltent. Beau has released three critically acclaimed albums to date, including William The Brave and  I Dream of Tiger Rose. He has performed at the Electric Picnic, live on RTE Radio1, Tg4 and Tv3. ‘Mad as Mist and Snow’ will feature special performances of songs from his forthcoming album The Sundance Vagabonds, a celebration of the hope, love and survival of society’s underdogs.
If Kate Bush and John Lennon had a love-child, Larry Beau would be their shy black-clad son. - THE TIMES
Like a stray from the nether regions of Neil Jordan’s Interview with the Vampire, Larry Beau inhabits a gothic underworld where decadence, lust and horror vie with one another for his, and our, attentions. ‘I Dream Of Tiger Rose’ is a heady amalgam of high-camp cabaret and doleful balladry - IRISH TIMES 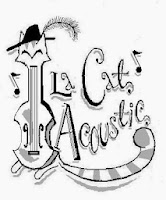 Posted by La Catedral Studios & The Back Loft at 11:31 AM

Téada (the Irish word for ‘string’) are a group of 22 violin, viola, cello and double
bass players who came together through their love of string music, and now
form Dublin’s newest orchestral collective. Coming from such diverse
musical backgrounds as classical, trad and jazz, they bring you a colourful
selection for their debut showcase, spanning a century of string repertoire.
The programme includes:
Pyotr Tchaikovsky - Serenade for Strings (1880)
Arvo Part - Cantus in Memoriam Benjamin Britten (1977)
Arthur Duff - Irish Suite (1949) and a mix of chamber music.
The evening will take place in the beautiful acoustic of the Back Loft, and will be
accompanied by mince pies and other refreshments.
Tickets E 8, buy at the door or purchase at https://teadaorchestra.eventbrite.ie/.
Téada Orchestra warmly thank the Back Loft for their generous support.
Posted by La Catedral Studios & The Back Loft at 4:01 PM